"A hundred and fifty years ago Auguste Comte imagines a utopian project for society which he names Positivism, where past feeds the present to create a future where order and progress reign.

Comte would say "The dead govern the living". For him it is the best of the dead that lives on. Society makes progress through the accumulated knowledge of those before us. This quote may seem ambiguous, but it is idealistic in Comte's mind.

A hundred and fifty years later we are in a standstill. A post capitalist society lamenting not being able to imagine a better future. We see history as a never-ending cycle; rise of fascism, increasing economic inequalities, atomic threat. Our popular culture is filled with dystopias (The Handmaid's Tale, The Walking Dead, Black Mirror). For modern iconoclastic thinkers like Hito Steyerl or Adam Curtis our society has become a zombie culture, repeating and feeding onto itself without end in sight.
We do not see anymore "The dead govern the living" as positive. The dead seem to govern us, as a past overbearing the present and hindering us from imagining a better future.

Is Auguste Comte's vision out of date? Have we proven that the arrow of progress is in fact a never ending circle? Or are we blocked in a cycle because we have abandoned a certain form of idealism?
The critique might be made against our own self-delusion.

The site-specific work created for the Maison Auguste Comte is a confrontation between Comte's idealism and the current cynicism. Utopia versus Dystopia. Found footage of bareknuckle brawls between politicians are the starting point of this confrontation. The current political dead-end is shown in a never-ending video loop, a formless suit-and-tie zombie mass. These governing living-dead contrast and contaminate the preserved apartment of the philosopher, still filled with relics of an idealistic past. "​ 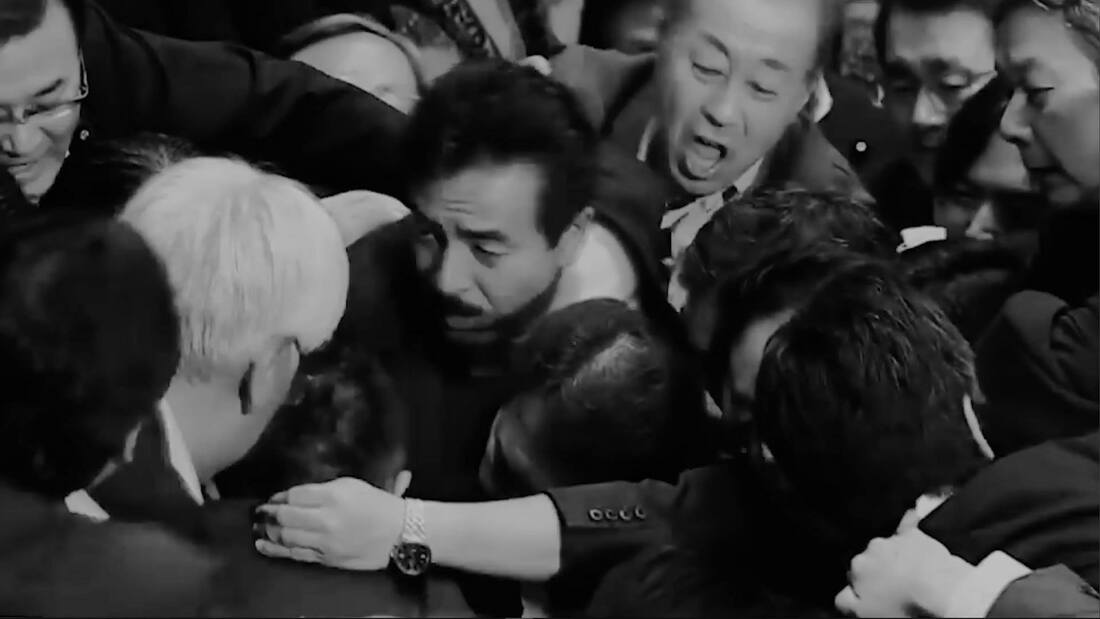